Showing posts from May, 2019
Show all

How close is too close? School shootings 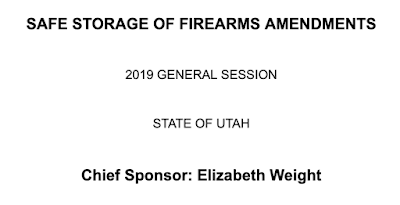 Since our family expanded into Colorado, we've made a number of trips to the Centennial State.  There's a lot to be said about the qualities of the state, including the politics, the sunshine, the breweries, and the protected natural areas.  Colorado is not perfect, obviously.  But there is one issue that is very sobering... school shootings. Although it was not the first, the killings at Columbine High School  in 1999 put the topic on the national map.  You would think that this tragedy would shake our national psyche to its very core, resulting in meaningful and significant actions to keep something similar from ever happening again.  That was not the case , with deranged shooters now targeting even the most innocent at elementary schools .  I know a person who lost a nephew at Sandy Hook Elementary  in 2012, and his grief was endless and life-shaking.  Can there be a more sadistic and sinister act than shooting young children at a school? Previously, I was
Post a Comment
Read more
More posts