A journey to Southern Africa - Johannesburg


Our trip to southern Africa began with a wearisome flight from San Francisco to Amsterdam, then on to Johannesburg, South Africa.  We planned a day of rest before leaving for Zimbabwe, and decided to charter a tour of the city.  On the agenda was a visit to Soweto Township, home of both Nelson Mandela and Desmond Tutu, and the infamous Soweto uprisings.

We had heard from numerous people that it was unsafe to wander around Johannesburg on our own.  Obviously, there a numerous safe places, but we were always reminded that we didn't know where the safe places were. One website noted:

"Tourists should be on alert at all times, keeping tight hold of shopping bags, purses and other baggage. The staff at the hotel can provide you with tips for entering particular areas. The biggest thing is to avoid displaying too much wealth. Cell phones should be hidden. Purses should be left inside the hotel room. Carry only what you need around the city in your pockets. When leaving the hotel, use a cheap plastic bag instead of something nice if you must bring something with you when you’re out looking around. If you are ever confronted by a robber, it’s best not to fight it. Simply hand over your valuables, do not look at the attacker and don’t try to negotiate."

So we arranged a private taxi and tour with the hotel staff and spent half a day touring Johannesburg. It's a big city, with a population listed as over 4 million in 2011. We got a bare bones tour of the city, like the business district, reminders of the gold mining history, mine tailings, and, of course, Soweto.

Soweto!  It has such a history, to South Africa and the world.  The name itself is an abbreviation for South Western Township.  The Soweto Uprising, a response to the government's requirement of the use of the Afrikaans language in schools, began on June 16, 1976.  I would have just graduated from THE Ohio State University, but I can't remember my response to this event.  I do remember attending a rally by Desmond Tutu encouraging a boycott and disinvestment in all things tied to the South African government, so I was aware of at least some of the issues.  One of the terrible results of the Soweto Uprising was the death of children by the police. One of the first casualties was 13 year old Hector Pieterson.  That police would shoot bullets at school children... what madness possessed them?  What madness affected the solders who shot the unarmed young people at Kent State University?  There are too many examples of the state making life and death decisions of unarmed protesters.

I am reminded of the Little Rock 9, and the iconic photo of the venom directed toward Elizabeth Eckford as she walked to school.


The sacrifice of these young people... humbling and amazing.

The Soweto Uprising was a beginning of a concerted action against a government practicing apartheid.  We had a short tour of a very small slice of the township, visited the street that boasts two Nobel Peace Prize winners (Nelson Mandela and Desmond Tutu), and took in a traditional "medicine market." 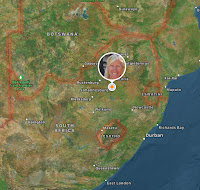 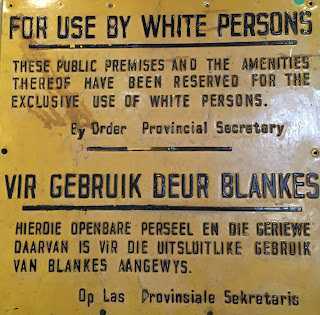 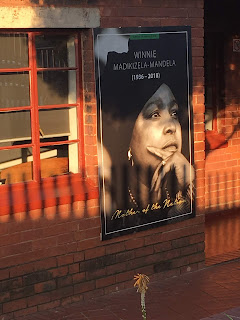 This was our briefest orientation to Johannesburg.  I'm not sure I'll return to the city other than the airport, given the other marvels of South Africa (a topic of a future blog). 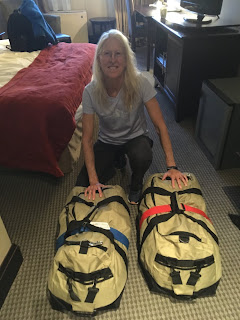