Bans on straws and sunscreens... small steps in the right direction

Two events happened this week that will probably be overlooked by most people. First, Governor David Ige of Hawaii signed into law Senate Bill 2571, prohibiting the sale and distribution of many sunscreens containing the ingredients oxybenzone and octinoxate. The bill stated that "The legislature finds that two chemicals contained in many sunscreens, oxybenzone and octinoxate, have significant harmful impacts on Hawaii's marine environment and residing ecosystems, including coral reefs that protect Hawaii's shoreline." At the signing, Gov. Ige said, “We are blessed in Hawaii to be home of some of the most beautiful natural resources on the planet.  But our natural environment is fragile and our own interaction with the Earth can have everlasting impacts, and this bill is a small first step worldwide to really caring about our corals and our reefs in a way that no one else anywhere in the world has done.”

I've discussed the issue in Blue Planet Journey previously.  Each individual visiting Hawaii's beaches or bays slathers or sprays on a very small quantity of sunscreen daily, but collectively the amount used - daily, monthly, yearly - is large.  One estimate for Hanauma Bay, a popular snorkeling spot on Oahu, was that an average of 412 pounds of sunscreen was deposited daily... and this was in a "protected marine reserve."

Who thinks about their sunscreen polluting the ocean?  We think of petrochemical spills, sewage, plastics, and fertilizers contaminating our blue planet, but not sunscreen.


Sunscreens are our friends, right?  They prevent sunburn and certain cancers of the skin.  Well, the sun doesn't revolve around us. "Chemicals in sunscreen that come off while swimming or travel through sewage systems when washed off in the shower are 'bigger than climate change,' in causing coral reef damage, according to Craig Downs, the executive director of the Haereticus Environmental Laboratory based in Clifford, Va., which has studied the effects of sunscreen on coral reefs."

This convinced the legislature in Hawaii to pass Senate Bill 2571, and the governor to sign it, even with vigorous opposition from the Hawaii Medical Association and the Hawaii Skin Cancer Coalition, in addition to manufacturers and retailers.

I think three things convinced Hawaii lawmakers to pass this ban.  First, they were convinced of the research claiming that sunscreen ingredients oxybenzone and octinoxate damage coral reefs (I'd like to see an additional study of the effects of excreted pharmaceuticals... from people peeing in the water). The lawmakers decided on a total ban, so the shelves in the stores wouldn't have a mix of coral safe and unsafe products. 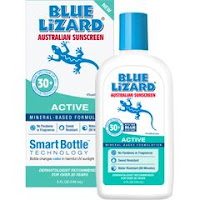 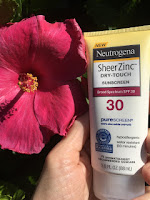 There are alternatives, but be warned that there are some sunscreens that advertise they are "reef safe" when their primary UVA and UVB blocking ingredients are... oxybenzone and octinoxate.  "Reef Safe" brand sunscreen falls in this category.  How is that for false advertising?

Third, ocean-based recreation is critical to the Hawaiian economy.  Nearshore fish are very important to locals for food.  And the coral reefs will temper the effects of storms and surges associated with a rising ocean and a warming climate.  The legislature and the governor deemed threats to corals a clear and present danger (well, my words, not theirs).


Thus, the ban. It will take effect on January 1, 2021, and will "ban the sale, offer of sale, or distribution in the State of any sunscreen that contains oxybenzone or octinoxate, or both, without a prescription issued by a licensed healthcare provider to preserve marine ecosystems."

I'm hoping that cruise ships docking in Hawaii will also be required to get rid of their oxybenzone or octinoxate-containing sunscreens.

Now, you know there will be no "sunscreen police" checking out what you are applying to yourself or your significant others, so rest assured that your bags aren't going to be searched for contraband sunscreens.  But... isn't it time that we all try to protect the ocean that brings us so much enjoyment, oxygen, carbon sequestering, food, and more? 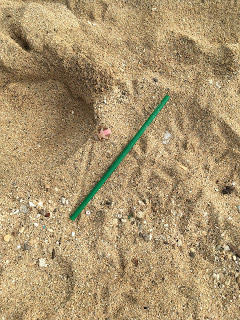 The other thing that happened this week was Seattle becoming the first major U.S. city to ban drinking straws.  I've blogged previously about straws, which are distributed and tossed by the millions, every day, after a single use. 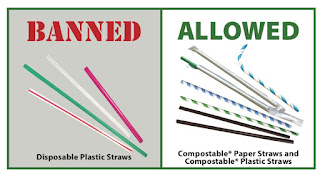 For people demanding or requiring the use of a straw, for whatever reason, you can provide your own, or look for retailers providing compostable paper or plastic straws.

The Plastic Pollution Coalition claims that over 500,000,000 plastic straws are used each day in the United States. The vast majority are used for a few minutes, then tossed.  I can't wrap my mind around this many disposable straws.

Of course, plastic straws are just one form of plastic pollution that contaminates our lands, the rivers and lakes, and our oceans.  But I cringe at the thought of those seabirds ingesting plastics thinking they are food and regurgitating them to their young.  Many juvenile seabirds then die or are compromised because their gut is full of plastic, not food.  One study noted, "Ingestion is known to have many effects, ranging from physical gut blockage to organ damage from leaching toxins."

It's crazy how much plastic is used and discarded, and how otherwise environmentally conscious people will continue to use disposable products.  As I write this, I'm watching people who come in to this coffee shop regularly, predictably, and continue to use these one time use products, including straws. 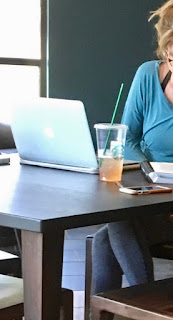 What, they can't use a reusable cup or mug?  They think they need a top on their coffee or cold beverage because it's going to spill or leak?  They NEED that straw because they don't want their upper lip to get wet?

If people would make better decisions regarding the consequences of their actions, these regulations wouldn't be needed.  Be part of the solution.  Think of the seabirds, our oceans, the climate, and future generations.