Have you been charged by a bison? I have! 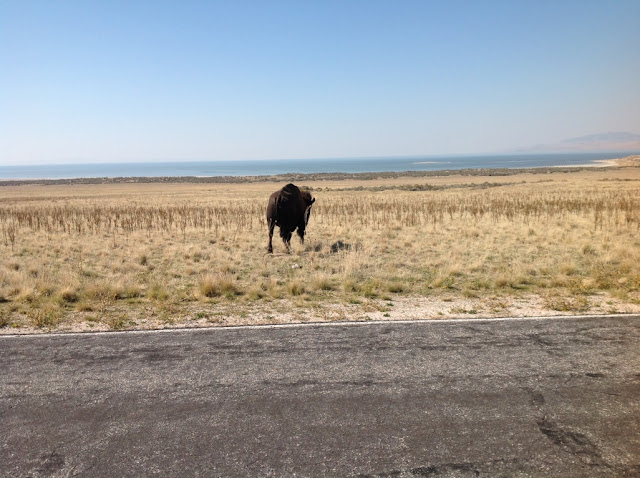 I've been running for the past decade, and one location for a number of my races is Antelope Island State Park, in the Great Salt Lake, Utah. The Park hosts the spring Buffalo Run (25K, 50K, 50 mile, 100 mile races), the fall Antelope Island Fall Classic 50K, and the fall Mountain View Trail Half Marathon (13.1 miles). 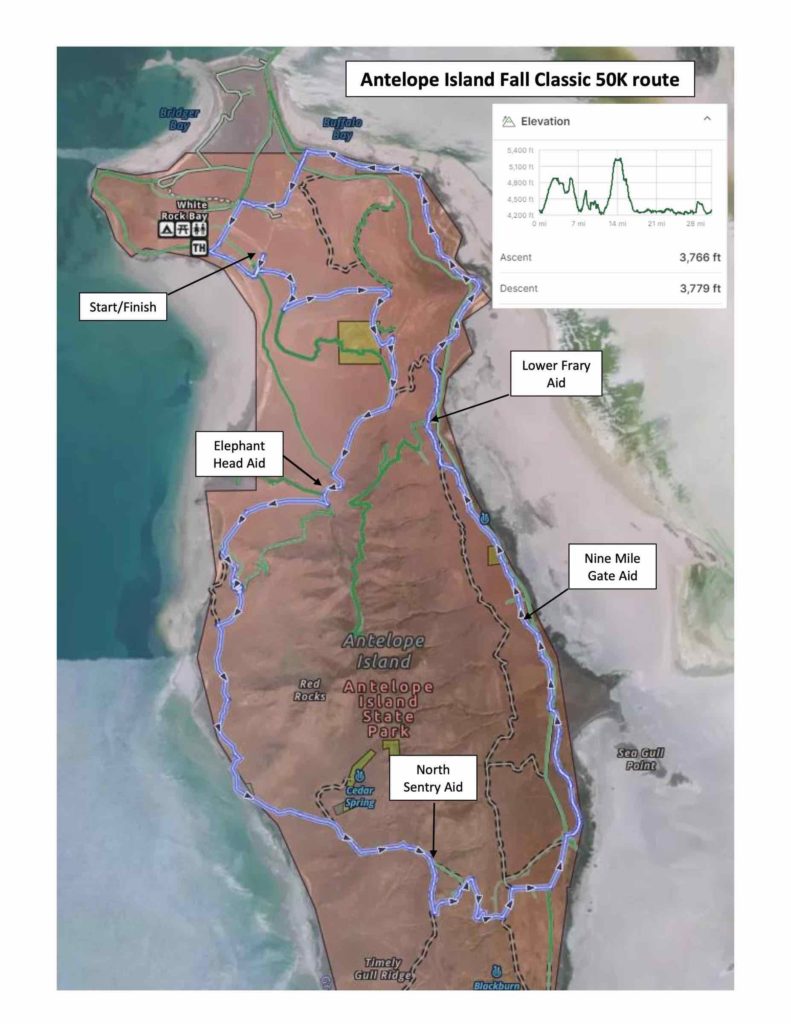 Although an ultra is anything over marathon in length, Ultrasignup.org registers shorter distances. For the most part, they tend to be trail runs. That means you dodge around rocks and roots, and the trails are not straight. For a road marathon, there is probably an aid table every 2 miles, with a porta-potty as well. For the 50K, I think there were 4 aid stations in total, and no porta-potties.  In fact, on Antelope Island, trees are rare. A private potty break means finding a boulder, or a gully, or a small sagebrush.
My ultra ranking, from Ultrasignup.org, currently is 73.61%, and my age rank is 94.35%.My fastest times were 1:44:03 (half marathon), 2:38;26 (25K), and 6:14:08 (50K). Finishers win a coffee mug. For the Buffalo Run, if you win your age category, you win a buffalo head nickel. Caroline and I are both professional runners, because we have won money... 5 cents each!
From the park's website: "In 1843, John C. Fremont mapped the topography of Great Salt Lake and its islands. Fremont returned in 1845, and during that trip, his party successfully hunted pronghorn (antelope) on the island. In gratitude for the meat it supplied, Fremont named the island 'Antelope Island'." Antelope Island State Park may be named for the resident pronghorn antelope, but what really sets it apart are the pureblood American bison. The park has a population of bison on the island varying from 500-700 depending on the time of year. For the Buffalo Run races, runners are warned:
"You may encounter Bison out on the course. The first year there were some blocking the trail for the front runners just a quarter mile from the finish. No, you don’t get time compensation for buffalo delays. Go around the animals if you can, or just wait them out. Your call. Usually the females will move out of the way. Lift a tail and check if you’re not sure of the gender. If you can do that, then you’ll probably be eligible for a Darwin award."

The photo above comes from the experience of another Cache Valley runner, whose bison encounter was captured in a video (https://tinyurl.com/yp5t43xs).
I had a similar experience in 2017.
The idea is that, in a race, the leading runners encounter the bison on the trails. Since I'm not in the leading position, I tend not to even think about it. But I was about 2 miles into the spring 25K Buffalo Run when, as I was running along a long saddle, like the trail in the photo below (from Utah.com) shows, where I could see for a good half mile ahead of me. 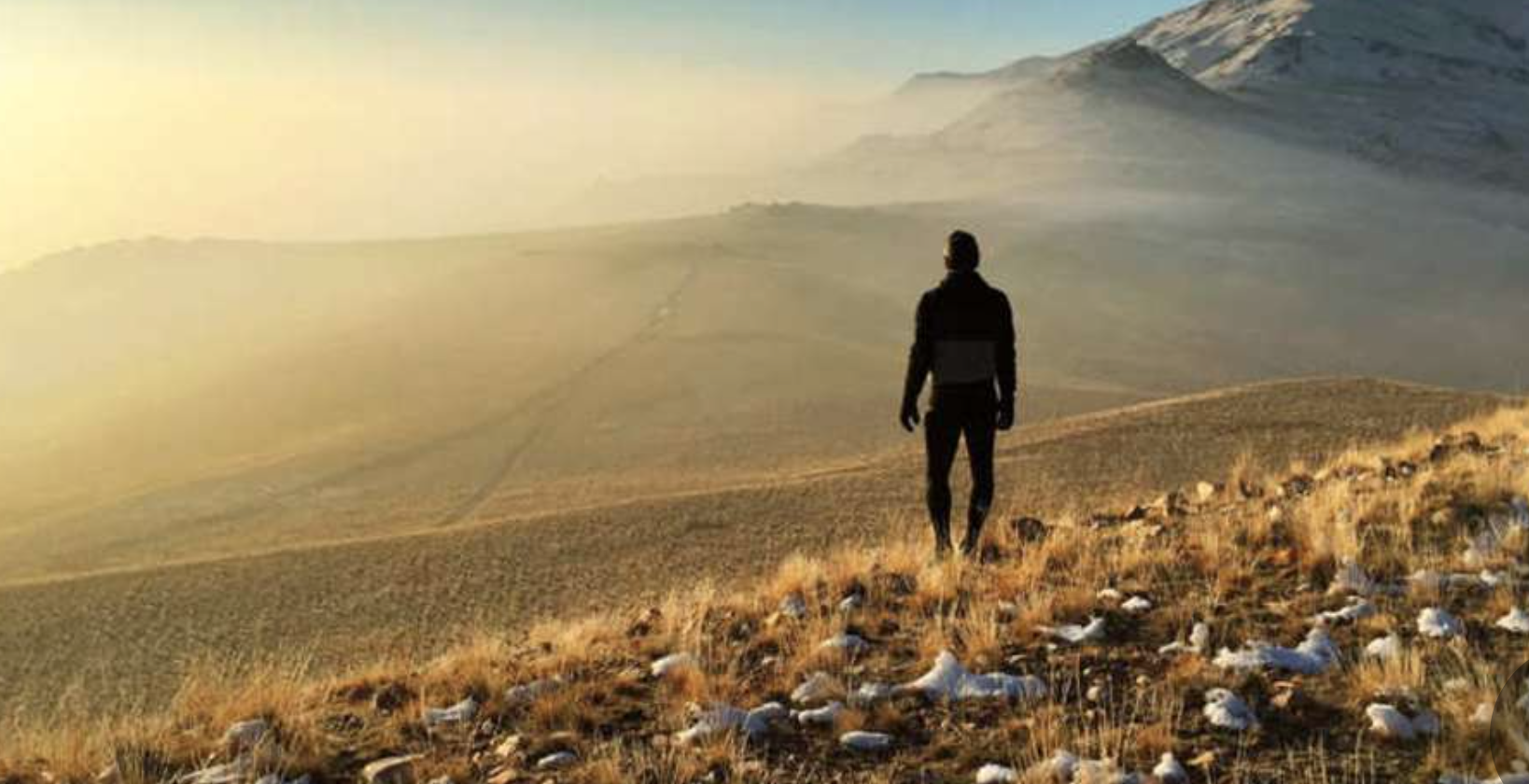 The 50K runners had started an hour earlier than my 25K group (they had to completed the route twice), and the leaders were passing on one side as my group was heading up the trail. I could see a lone bison standing about 30 yards off the trail to the north. It (he? she?) was simply watching the runners, and I could see it wasn't moving as runners passed back and forth. So, although I was watching, I really wasn't concerned. But at that moment there were no other runners with me or near me, and I assume the bison chose that time to cross the path. Ironically, I was also wearing a camo shirt, and in hindsight I wonder if I appeared to be 2 legs running down the path, a very insignificant obstacle, indeed. As I was approaching, the bison took a step toward the path, then another, then it started running. It's funny how your brain is great at making calculations. You can track the trajectory of a baseball up, decide where the ball will land, and then run to that spot and catch it. As it turns out, you can do the same with a charging bison. As the bison went from a walk to a running charge, my mind calculated that this was going to end badly for me. I suspect we got within 15 feet of each other, me running down the trail, and the bison running perpendicular and toward me. Without thinking, I spun and started running back the way I came, toward other startled runners. I'm not exactly sure what the bison did then, because I was looking away, but when I looked again over my shoulder, the bison was on the other side of the trail, walking away. I wonder if, all the time, it was just waiting for a clear space to cross the trail, and it happened to be when I was there. Or, it could have been thinking, "This guy's a wildlife biologist. It will be great bragging to my bison friends that I charged his ass down!"
I completed the race without further incident (2:58:12). 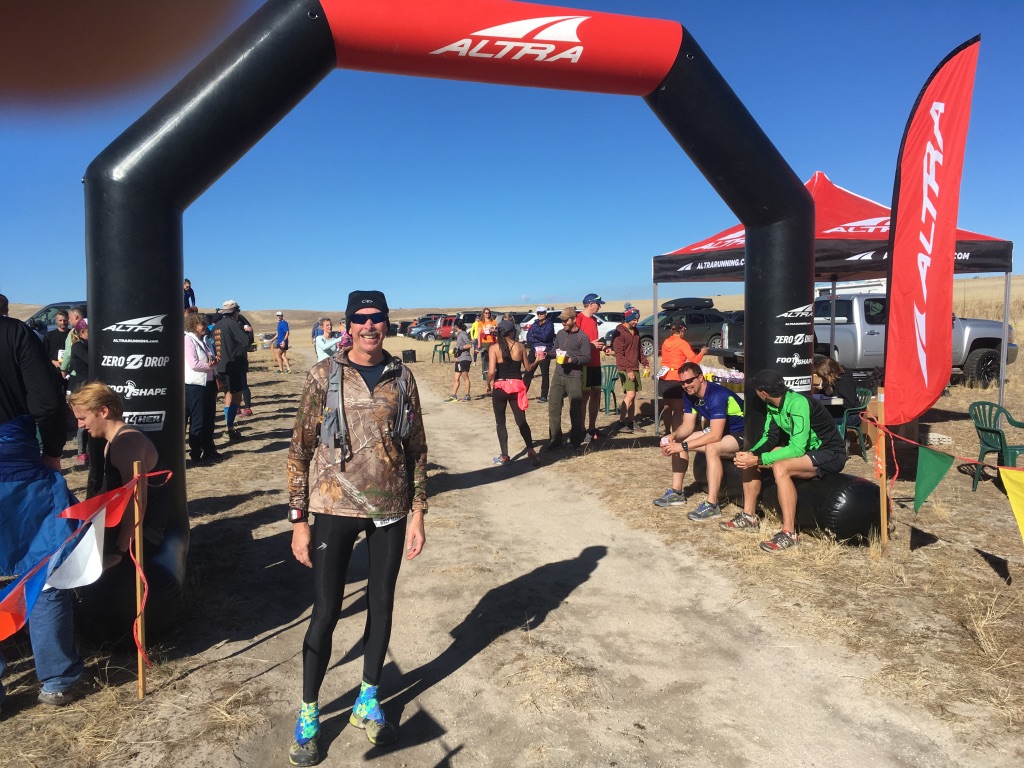 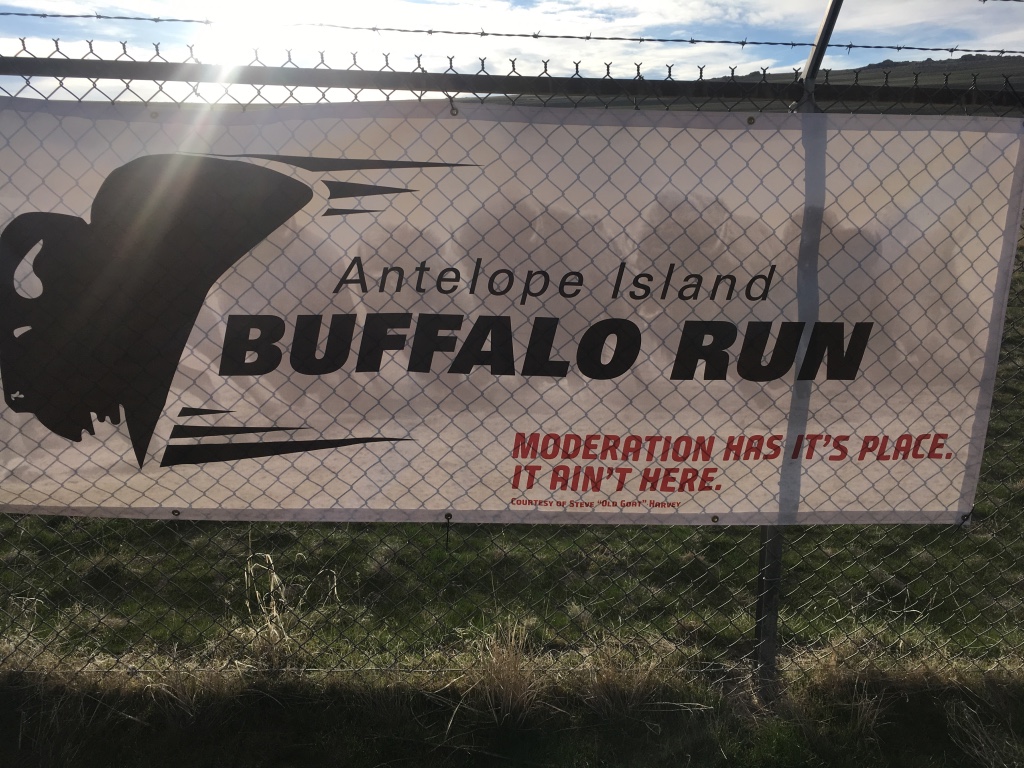