A year of traveling while facing a coronavirus pandemic: January-March, 2020 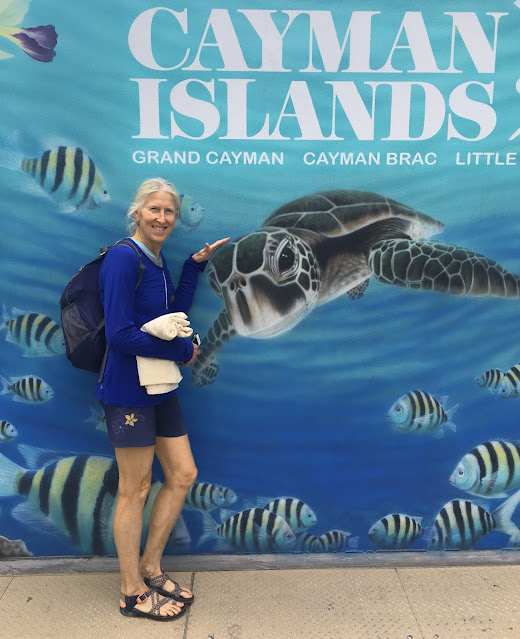 Everyone has their coronavirus pandemic story for 2020, and this is mine. The uniqueness of it is that Caroline and I lived out of a suitcase, away from Utah, for at least half of it.
The year started with us in Venice, Florida, visiting family and celebrating the New Year. We kayaked to Don Pedro Island State Park, rode bikes and ran along the beach in Manasota Key, danced at the drum circle at Nokomis Beach Park, toured a rum distillery, explored the Mote Aquarium in Sarasota, and played with our grand kiddo. It was a great celebration, welcoming a new year of mystery, love, and adventure.
We were honored to be trusted with transporting grand kiddo back to DC, and we were met by our number one daughter in the baggage area at National Airport.
We spent the next 2 weeks being grandparents, walking with kiddo to the National Zoo to watch the marine mammals and the lions, going to the gym and the library, and taking long walks and runs in Rock Creek National Park.
On January 15th, we left DC for Florida once again, for a month of...cruising. Yes, as the novel coronavirus was beginning to spread across the globe, and health agencies slowly recognized the lethality of this virus, we mixed with people from around the globe for the next month, first on the Celebrity Edge, then the Royal Caribbean's Allure of the Seas.
As far as the Covid-19 timeline, Chinese scientists reported that, "In December 2019, a cluster of patients with pneumonia of unknown cause was linked to a seafood wholesale market in Wuhan, China." On January 30, the World Health Organization (WHO) declared the SARS-CoV-2 outbreak as a "Public Health Emergency of International Concern.," and labeled it a pandemic on March 11. CDC confirmed the first US case on January 20, and on February 3, the US declared a "public health emergency." I mention these dates to give you a sense of the timeline of our travels. 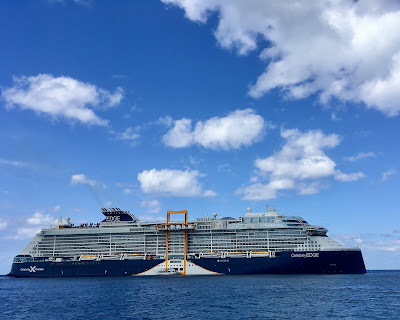 We started on the Celebrity Edge and visited Key West (and met up with Nicole and her family), Costa Maya and Cozumel (Mexico), and Grand Cayman island, returning to Ft. Lauderdale on January 26. We interacted with the crew, other international travelers, residents, and people from other cruise ships. This is the natural level of interaction for cruisers... lots of mixing.

We returned to Ft. Lauderdale, and rolled and carried our luggage FOREVER to another pier, where we boarded the Royal Caribbean Allure of the Seas for a 7 night cruise to the Bahamas, Cozumel, and Costa Maya, returning again to Ft. Lauderdale on February 2. Again, lots of interactions with lots of people, from all over. 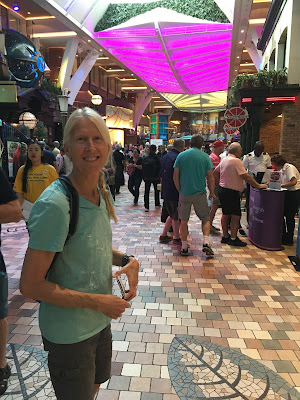 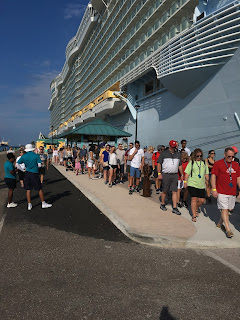 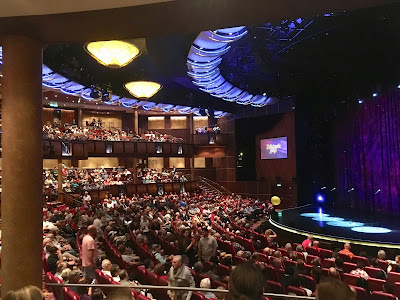 We rubbed shoulders with people from around the world, including China. There was never a question about a coronavirus. There were no masks. There were plenty of buffets.
So, on February 2nd, we disembarked from the Allure of the Seas, and flew to Salt Lake City, spending the night there (in a snowstorm) before flying the next day to Honolulu. 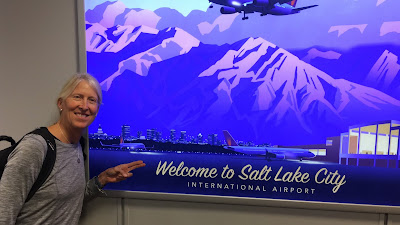 But we made it to Honolulu to see family and friends! Now, what happened between our leaving SLC and arriving in Hawaii, is that the Trump administration declared a public health emergency on Feb. 3, the day we arrived.
Things were starting to happen! Just a few days in, I attended a meeting featuring Hawaii's Director of the Department of Health, Dr. Bruce Anderson, where he gave an update on this mysterious coronavirus, followed a few days later with another public meeting featuring Lt. Governor Josh Green (a physician). I did write to Dr. Anderson, concerned that, after arriving in Hawaii after traveling internationally, no one asked us any questions about where we had traveled or how we were feeling.

At this time, best practices really focused on hand-washing (no masks) and isolation if sick. So Caroline and I (and friends) continued our activities on Oahu and Maui, through March 2nd. 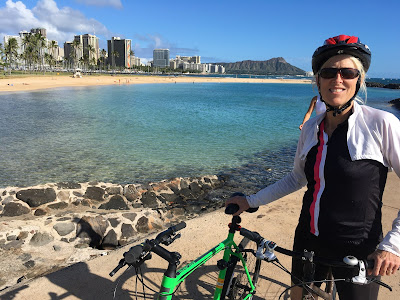 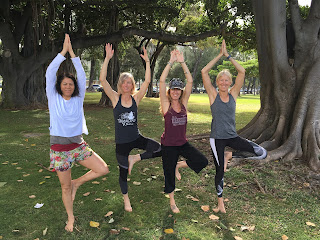 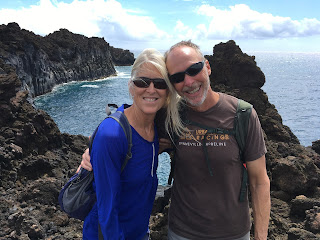 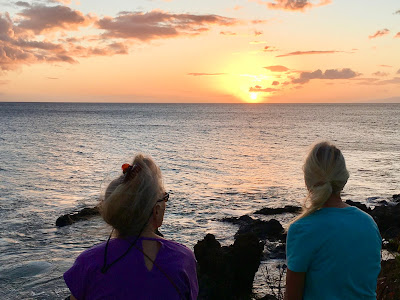 Then, on March 2nd, we flew to Washington, DC. The CDC stated we were heading into a pandemic. You could tell that people were hunkering down by the number of empty seats on our flight. The flight, normally full, was practically empty. No masks, yet. 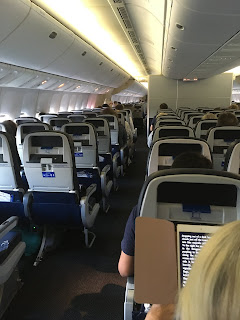 And this is where Covid-19 really started to hit home for us, personally. Daughter Katelin was arguing a case before the United States Court of Appeals for the Ninth Circuit, in Seattle, on March 5th. On March 6, Starbucks closed one of its downtown Seattle stores after an employee tested positive for COVID-19, right where she was staying. She flew back to DC, and asked whether she should quarantine. After some discussion, the answer was... yes. For her, the saga of working at home for the rest of the year began. Son Wesley was leading a group of Villanova University engineering students on a service trip in Panama. One student got sick as they were flying home. It wasn't Covid-19, but the fear was there.  The first Covid-19 case was confirmed in DC on the 7th.  Let the fun begin! 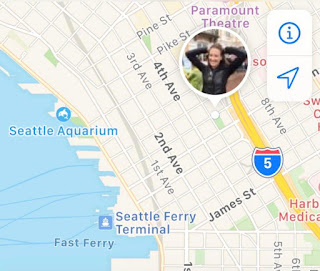 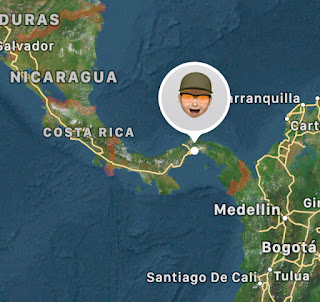 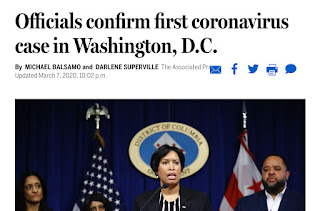 We stayed a few more days, then departed on March 10 for Utah, again on a plane with plenty of empty seats. Little did we know that the pandemic was going to have such a major impact on local, national, and global events, starting now. The shit was starting to hit the fan. 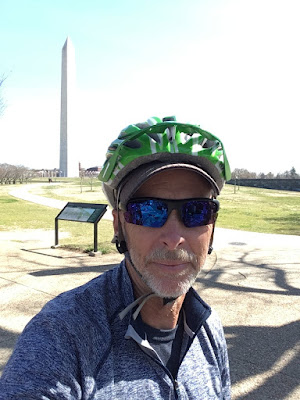