A year of traveling while facing a coronavirus pandemic: March-June, 2020

The 2020 pandemic affected everyone. During the first 2 months, Caroline I were traveling in the Caribbean, Mexico, Florida, DC, Oahu, and Maui. Yes, the novel coronavirus was slinking around the world, but it had not yet been recognized as a malady that would incapacitate and kill millions of people (as of today, over a half million Americans have died).

On March 10, we were back in Logan, UT. On March 11, the WHO declared Covid-19 a pandemic. On March 13th, President Trump declared a national emergency. Universities began to shut down and send students home. There were nationwide shortages of certain foods and materials, like toilet paper, as people began hoarding essential items. The focus of prevention was still on physical contact with a virus-contaminated surface, with 1 video of a physician demonstrating how to disinfect all of his groceries getting more than 24 million views in 1 week. People were not asked to mask (there was a nationwide shortage of N95 masks), but we were asked to socially distance.

We put our gym memberships on hold and set up a home gym. There were spring cleaning chores at home, and the media was filled with news and opinions about this novel coronavirus. People were scared. For seniors, the fatality rate was terrifying. Our local Smith's grocery store started a "seniors only" hour, and the first one was a crush of seniors so worked up about getting toilet paper that there was a free-for-all getting inside. 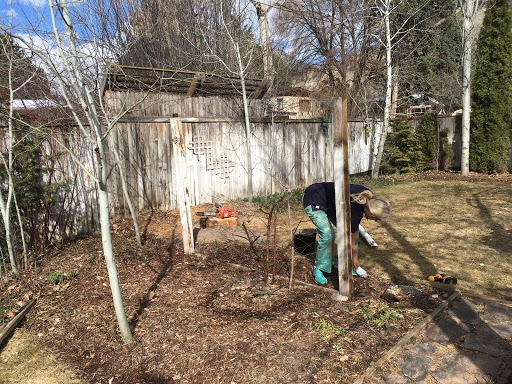 Governments started giving advice. Do you remember getting a postcard from President Trump on guidelines to combat the coronavirus? One hundred and thirty million postcards were sent out, "...encouraging Americans to take social distancing seriously. stay home, and practice good hygiene." Again, no mask recommendation. 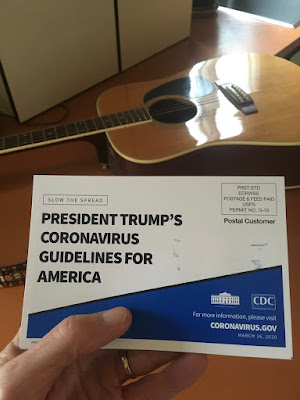 The big change for us was... Caroline decided to learn to play the ukulele. She got connected with a number of Zoom-based "jams" of uke enthusiasts. Communities began to change. Parks closed. President Trump held regular briefings. And sometime in early April, we were asked to wear facial coverings. Little did anyone know that this issue of wearing a face mask was going to have such political, social, and health ramifications. 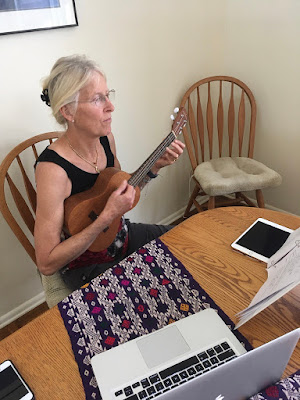 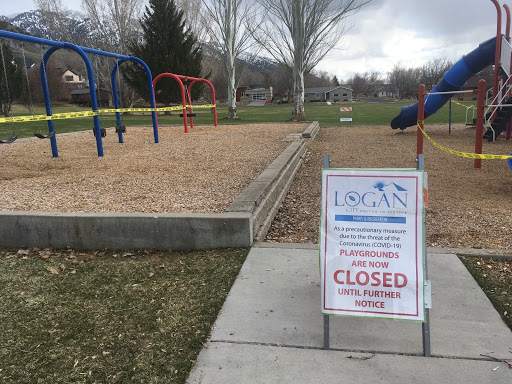 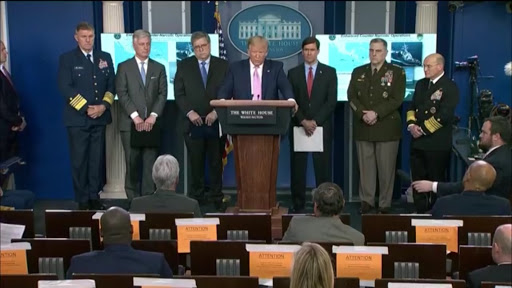 Dr. Anthony Fauci, director of the National Institute of Allergy and Infectious Diseases, was asked why health advisors waited so long to recommend mask wearing. He stated, "Well, the reason for that is that we were concerned the public health community, and many people were saying this, were concerned that it was at a time when personal protective equipment, including the N95 masks and the surgical masks, were in very short supply. And we wanted to make sure that the people namely, the health care workers, who were brave enough to put themselves in a harm way, to take care of people who you know were infected with the coronavirus and the danger of them getting infected." In any case, masks were now THE recommendation. 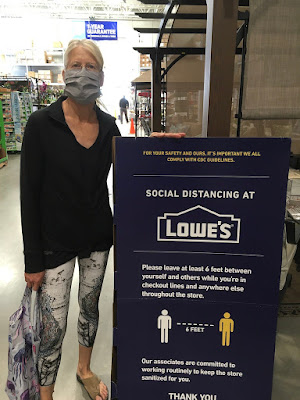 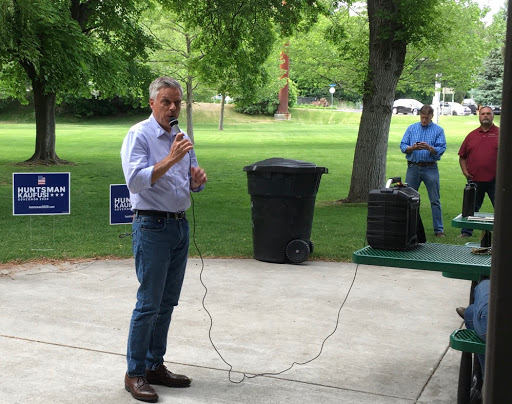 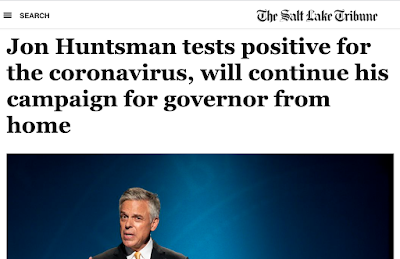 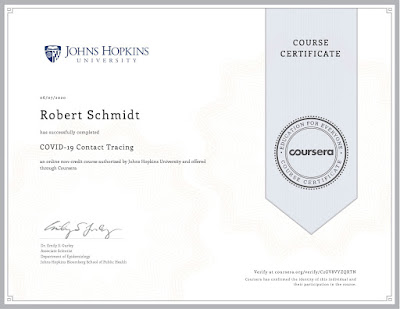 And what timing. That first weekend in June, there was a large outbreak of Covid-19 at the JBS Meatpacking Plant in Hyrum, UT, about 8 miles south of Logan in Cache Valley. The shit really hit the fan, locally. 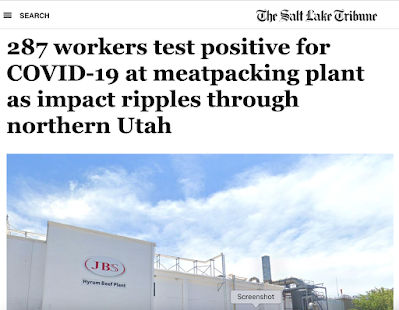 I'm a member of the Bear River Medical Reserve Corps, providing support for health professionals during a crisis or emergency. I got an email on May 31, asking "The Bear River Health Department needs help with active monitoring. Participants would be given a short list of people they need to call every day for 14 days and record their signs and symptoms. This can be done from home each evening."
Now, this isn't contact tracing. Tracing involves the discovery of who interacted with who. This was contact monitoring. Tracing had already occurred. The job was to have a daily check with people who may have been exposed, asking questions about symptoms, checking whether food was needed or a letter was needed for an employer, and reminding them of the days remaining in their quarantine. We were told that Bear River Health expected 1000 people to be on the active monitoring list by nightfall. This "mission" lasted until June 15th, when it seemed that Bear River Health threw up their hands because of the ballooning numbers and went to a self-monitoring model.

It was an adventure! For some of my clients, when asking about symptoms, I had to explain what “diarrhea” was, and what “immunocompromised” meant. I wondered whether I needed to ask the parent of an older teenager whether the teen had muscle aches or a headache, or whether I should just ask the teenager. If I was talking to a person who said she or he had custody over the children, but wasn’t the parent, was that okay? If a contact had only 1 symptom (say, muscle aches), was that enough to recommend spending 3 hours in line to get tested? What about loss of taste and smell? I did get better at this as time went on, as I'm sure all monitors do.But I was concerned about "self-monitoring." It seems to me that the “self-monitoring” process is light on compassion and does little to build trust. If the numbers of contacts are too large to be handled with existing staff and volunteers, the answer isn’t to use fewer staff and volunteers. It should be to use more. Communities around the country were hiring contact tracers, and volunteers were ready to help as well.

The rest of the summer was one of household maintenance, walking in the evenings with Caroline, and running, biking, and racing. I've blogged previously about how different races dealt with Covid-19, from holding a "virtual race" to staggered starts to self-registration. We also hosted all the kids for 2 weeks to celebrate family, retirement, and birthdays!
In communities all over the country, the "face mask wars" irrupt in spectacular fashion.  More in Part 3.