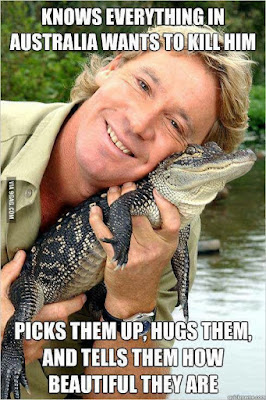 Our last stop in the Great Barrier Reef (GBR) was Port Douglas, a small town of 3000 or so that caters to people looking to visit the GBR and the beaches.  It's also near the location of the death of "Crocodile Hunter" Steve Irwin, a television personality and conservationist who was one of my heroes.  His enthusiasm for nature was unparalleled.  Steve died when a sting ray barb pierced his heart, on September 4, 2006.  Rest in peace, Steve Irwin. 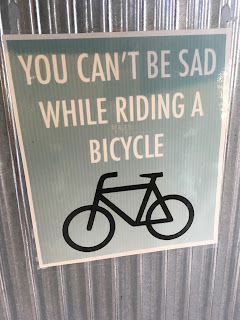 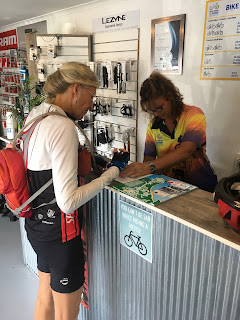 Once again, Caroline and I decided to go inland via bicycle.  We rented fabulous Cannondale road bikes, but our butts had to get used to the stiffer frame and harder seats than the other bikes we've been renting.  Our goal was to get to Mossman Gorge, about 22 kilometers away.

We started late (about 10:30 AM), partly because the tendering operation took about an hour.  It was already hot and humid, with the temperature hovering in the high 80s.  Given that a good bit of the cycling was on the Captain Cook Highway shoulder (averaging about 2 feet wide with vehicles passing), it was a hard, attention-demanding ride. 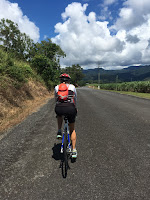 Eventually we got off the highway onto a calmer road.  We saw a sign advertising a winery that specialized in exotic fruit wines.  We cycled up their driveway, and soon learned that an exotic fruit winery does not have to have any exotic fruits... just the wine.  Disappointed, we continued and then reached a river crossing the bike shop warned us about.  Last week, with Cyclone Iris flooding, this crossing was impassable (water levels about 3 feet high), but today the water had receded quite a bit, and cars could cross.  We took off our shoes and socks, and waded across.  Locals were playing in the cool, refreshing water, and our feet were grateful for the diversion. 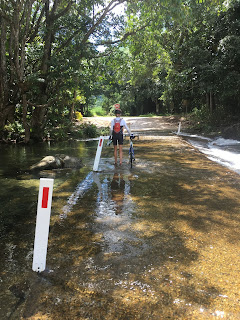 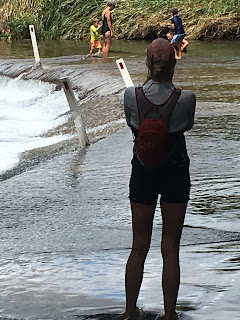 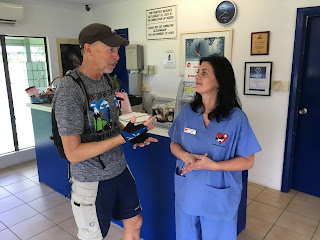 We eventually rejoined the Captain Cook Highway, and stopped by a local veterinarian's clinic to ask about feral cat management.  Dr. Susan was kind enough to share her observations.  Feral cats in this area were encouraged to breed by the local sugar cane farmers, providing some measure (real or imagined) of rodent control in the fields.  No farmer was going to invest in spaying or neutering, and Dr. Susan regularly sees abandoned kittens, cats with tick-paralysis disease, and cats needing eyes removed due to infection.  The major cat predator was snakes.  Apparently cats don't bother the cane toads (which are all over the place, said Dr. Susan).  Dogs are harmed or killed by cane toad toxins, except that there is a learned behavior by "stoner dogs" to worry cane toads enough to get them to release some of the bufotoxin, which the dogs then lick off to get...stoned.

We observed numerous squished, flattened, and dried cane toad carcasses on the roads, but no live ones.  Dr. Susan said that after a big rain, there are hundreds and hundreds of small toads hopping everywhere, and they are most active at night.

On we went, stopping to have lunch at a little restaurant in Mossman that served vegetarian Greek wraps.  Finally, with about 2 miles to go, we looked at each other and agreed that it was time to turn around.  Mossman Gorge takes more than a few minutes to explore, and we weren't going to have this extra time.  So close!  So we turned around, plotted a course that minimized our time on Captain Cook Highway (and had us enveloped in sugar cane fields for miles), and finally reached Port Douglas.  We had made good time, putting our heads down and pedaling hard into the wind, and we stopped at a spot called Wildlife Habitat for a snack.  We got more than that, however.  As I was watching our bikes outside, Caroline went in, and came out with a bag of... kangaroo food!  Yes, we were going in to feed wallabies and kangaroos. 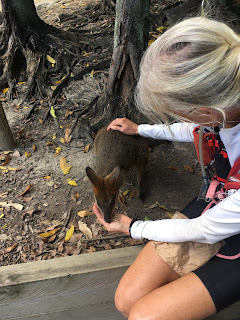 Of course, there were other creatures there was well, from flying foxes to crocodiles to many kinds of birds.  Wildlife Habitat was a better stop than I was expecting. 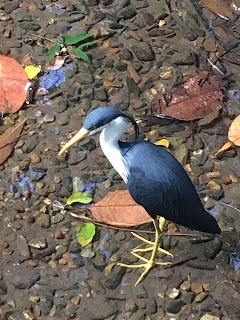 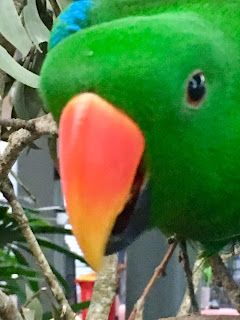 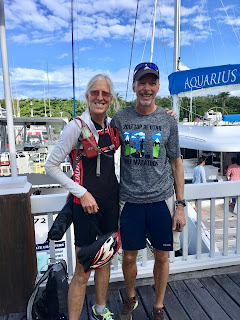 And when we returned to the ship, it was a windy Miller time! 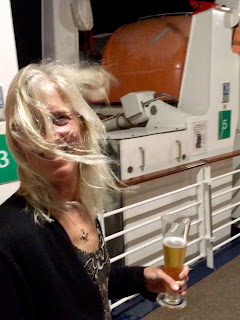