One of the natural wonders of the world - Victoria Falls, Zimbabwe 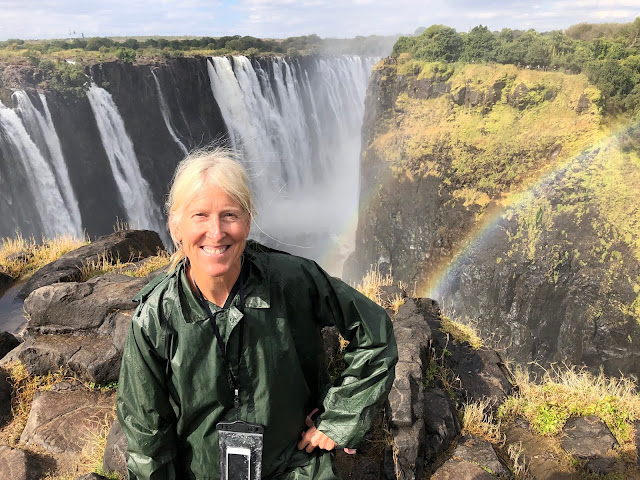 We left Botswana behind, and flew to Victoria Falls in Zimbabwe. Also named "The Smoke That Thunders" (translated from the indigenous language), Victoria Falls is impressive by any measure, but even more when you can sense it with sight, sound, and touch.  You hear the rumbling of the water off the falls before you can see it.  The path along the chasm is about 1.6 kilometers (1 mile) long, and in parts the wind brings the spray to caress you with a cold shower from the Zambezi River (hence the raincoats).

The park is well managed, clean, and safe.  There are wild animals, and people are warned not to feed the animals.  Lisa saw a man feeding a piece of plastic wrapped candy to a baboon, and she chastised him.  "Don't feed the animals!," she scolded. 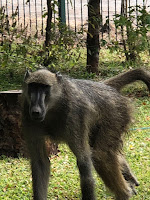 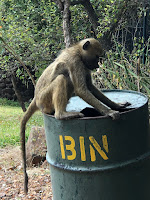 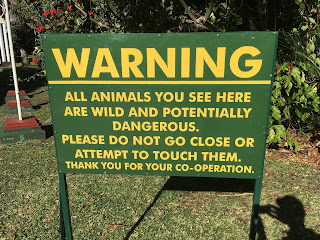 Although people lived in the vicinity of the falls for millennia, the British explorer David Livingston was the first European to visit the falls, naming it Victoria Falls, after Queen Victoria.  A statue on one end of the falls stands in his honor. 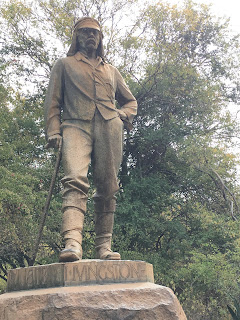 I guess I had expected a post-modern rejection of Livingston from Zimbabweans, but I didn't sense this from the few locals I heard discuss it.  Apparently, Livingston's commitment to and fondness for Africa and Africans, as well as his pronounced anti-slavery actions and rhetoric, make him a unifier.

So from the Livingston statue on one end of the falls, we walked to the other end. 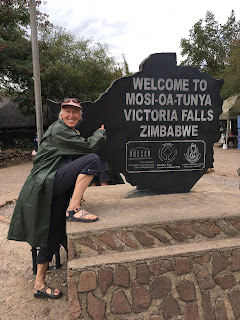 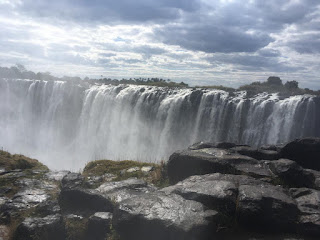 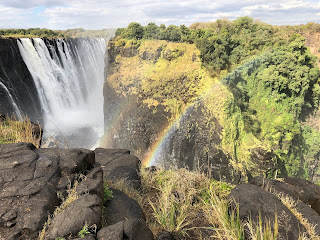 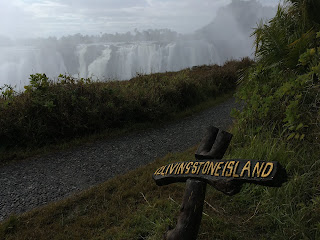 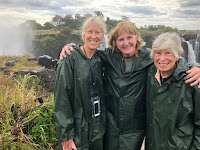 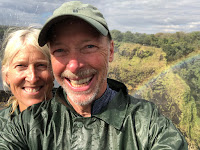 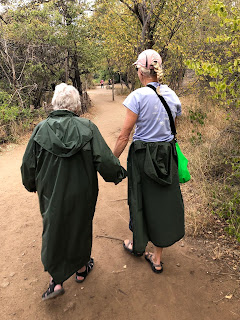 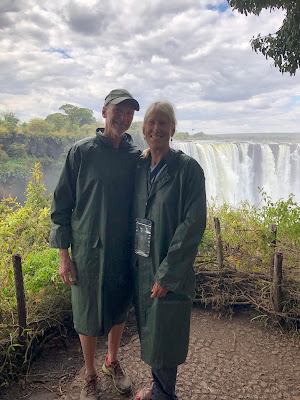 After the falls, we had an opportunity to wander around the city of Victoria Falls, and then go on a river cruise above the falls on the Zambezi River.  One interesting observation here was that we were on the boat after two weeks on safari in four national parks.  For a number of the other passengers, seeing a hippo, or a Nile crocodile, was a BIG THING.  I won't say that we were jaded... it was more like we kept looking for something new.  But... a dinner cruise on the Zambezi River, with the sunset being replaced with a full moon... not bad! 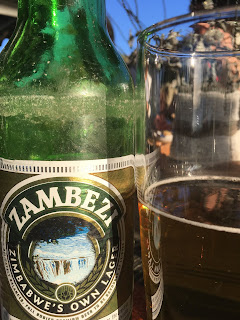 We also had time for a bit of shopping at the crafts bazaar, an 8 kilometer run in the morning, then it was time to leave Zimbabwe for Cape Town, South Africa. 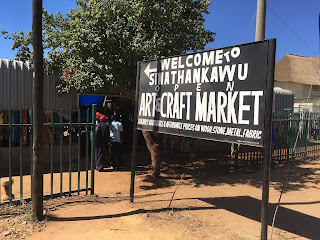 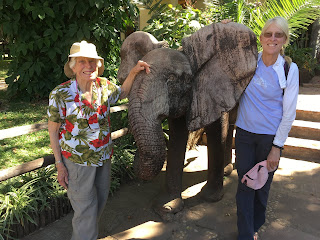 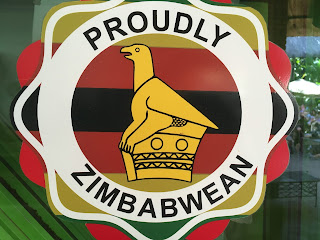 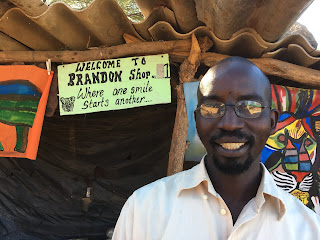 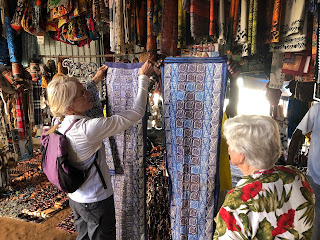 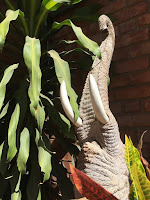 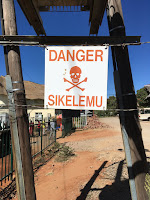