That underwater portion and the portion below the high tide line?  That is the Hanauma Bay Marine Life Conservation District, designated as the first MLCD in 1967.  The Hanauma Bay Marine Life Conservation District recently celebrated its 50th anniversary.  A number of my friends, like Alan Hong, Jeff Kuwabara, Jennifer Barrett, Bob Kern, and Micki Stash (and others) worked very hard to protect the bay and its inhabitants. 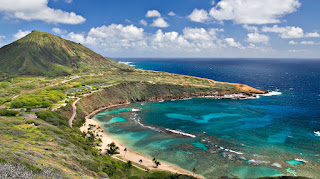 Unless I am mistaken, the Hanauma Bay Nature Preserve, managed by the City and County of Honolulu, is a separate entity from the Hanauma Bay Marine Life Conservation District. So if "The MLCD extends from the highwater mark seaward to a line across the bay’s mouth from Palea Point on the left to Pai‘olu‘olu Point on the right," then my comments relate to the highwater mark inland (mauka).  And that area, I cannot call a Nature Preserve.

A "nature preserve" (or "reserve") is defined as "an area of land protected... so that plants and animals can live there without being harmed."  I'm not a plant specialist, so I can't say much about the flora (although there is a mix of native and exotic plants).  However, here are photos of the primary animal life today: 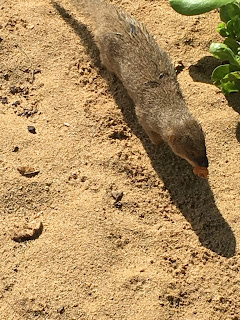 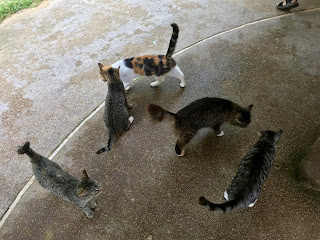 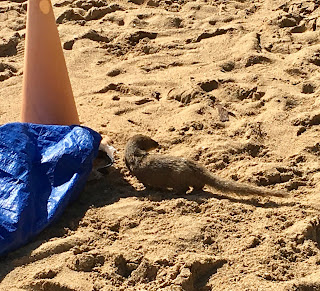 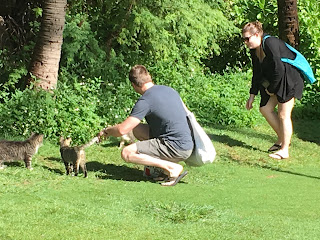 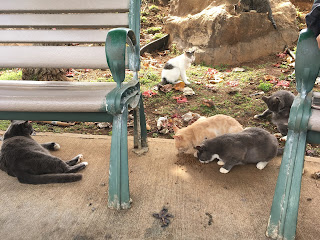 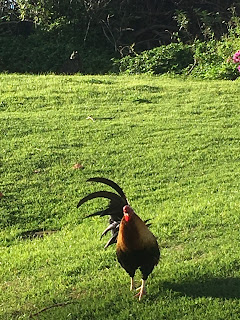 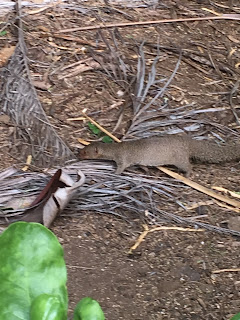 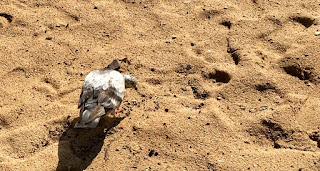 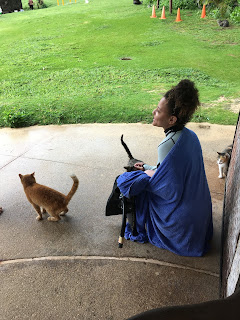 Get the picture?  I observed 18 cats today, some feral, others clearly socialized.  Many visitors gravitated to the cats (which were begging to be fed).  The mongoose seemed out of control.  I watched 4 mongoose go into visitors' bags and pull out whole containers of food. The mongoose crawl in and out of every garbage can on the beach.  "What is that long rodent-like animal?" is becoming one of the most commonly asked questions to the volunteer staff. And then there are the chickens and roosters, and the pigeons.  So where is the "area of land protected... so that plants and animals can live there without being harmed"?

I submit that the combination of cats, mongoose, pigeons, and chickens, acting as predators, food or space competitors, or disease vectors or reservoirs, probably affect the ability of native species to persist in this "Nature Preserve."  There are exotic mynahs and zebra doves.  I haven't seen them, but I am certain there are also introduced rats and mice. There is limited enforcement of any type of feeding ban, unlike the ban on feeding fish in the bay (the fish feeding ban had obvious impacts on the composition of fish in the inner reef, and is emphasized in the mandatory video). 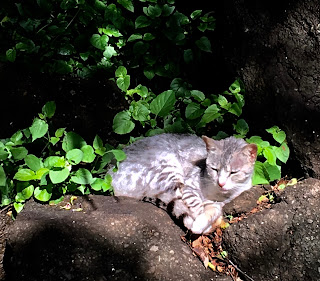